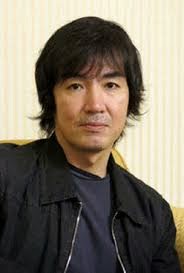 With January in Japan fast coming to an end, we just have time for one more writer to be inducted into the J-Lit Giants pantheon, and today's author is a more contemporary choice.  I'm not a huge fan of crime fiction, but Kim Forrester, curator of the Reading Matters blog, is, and in this piece she explains why Keigo Higashino deserves his place in our Hall of Fame :)

Arguably Japan’s biggest selling crime novelist, Higashino does not follow the normal conventions of the genre. Like his Scandinavian counterparts, he tends to focus on the bigger picture: he’s less concerned with who did it, but how they did it, why they did it and whether they’ll get away with it. His fast-paced narratives, written in stripped back, practically anorexic prose, also include a dizzying number of twists and turns, so it becomes simply impossible to guess what is going to happen next.

Only last month, a major online bookstore in South Korea — where he is widely translated — named him as the year’s top writer based on volume of books sold and votes by readers. But in the English-speaking world he’s far less well known… though that is changing.

Higashino was born in Osaka on 4 February 1958 (he’ll celebrate his 57th birthday next month). He started writing novels in his spare time while working as an engineer at an automotive components manufacturer. According to Wikipedia, he quit his day job in 1985, after he won the annual Edogawa Rampo Award for his unpublished novel Hōkago (which has never been translated into English). He was just 27 — and a whole new career had opened up for him.

But it took about a decade for his novels to start garnering significant attention — and sales. After he won the Mystery Writers of Japan Award in 1998 for his novel Naoko, every other novel since then has been a bestseller. When he won the coveted Naoki Prize in 2006 for The Devotion of Suspect X, he really hit the big time: as of February 2012, the book has sold 2.7 million copies in Japan alone. It was the first of his novels to be translated into English and it was nominated for an Edgar Award in 2012.

Higashino served as the 13th President of Mystery Writers of Japan from 2009 to 2013 — and kept churning out the stories. He’s incredibly prolific, penning up to two novels per year. He has more than 50 novels to his name, more than 10 short story collections and several children’s books — yet just four of his books have been translated into English.

As for his influences, in 2011, he told the Wall Street Journal that he liked some Western writers, but “I am much more influenced by Japanese authors and so my work naturally has that Japanese sense of old-fashioned loyalty and concern for human feeling.” These influences include the classic Japanese crime writers Edogawa Rampo and Seicho Matsumoto. 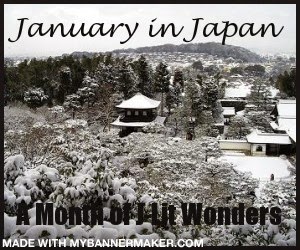 The same article asked if Higashino was the “next Stieg Larsson?” No doubt it was just an attention-grabbing headline, but the comparison is a reasonable enough one to make: both are best-selling crime novelists, both write in a language that is not English and both have had their work adapted for the big screen (The Devotion of Suspect X has been made into a cult film). But there’s one important difference: Higashino is alive and well —  and he continues to pen brilliant crime novels. It’s just a shame so few of them have been translated into English for us to enjoy.

So, where to start with Higashino's work?  Well, there are only four to choose from...

1. Naoko (translated by Kerim Yasar, 2004) — The book that won the Mystery Writers of Japan Award in 1998 (and the only one I haven’t read) is supposedly a surreal story about a man who discovers that this dead wife’s soul now resides in his teenage daughter’s body. Reviewers have described it as “quirky” and “profound”.

2. The Devotion of Suspect X (translated by Alexander O. Smith, 2011) — The book that made him a star, this is one of the most ingenious crime novels you are ever likely to read. It’s about a maths teacher — “Suspect X” of the title — who goes to extraordinary lengths to cover up a murder. This is despite the fact that he is innocent of the crime in question. His motivation is nothing more than love — and an obsession with mathematical puzzles.

3. Salvation of a Saint (translated by Alexander O. Smith, 2012) — This is a more straightforward police procedural, but it’s also a “locked room” mystery. It focuses on a puzzling crime in which a man is found dead in his empty apartment. He’s lying face down on the floor with a spilled cup of poisoned coffee next to him. But who put the poison in his drink? His devoted wife or his wife’s young assistant, with whom he’d been having an affair?

4. Malice (translated by Alexander O. Smith, 2014) — His latest novel to be translated into English, it tells the story of three men: two professional rivals, one of whom murders the other, and the police detective who investigates the crime. It’s another “locked room” mystery because the murder was carried out in in a locked office within a locked house, so how did the killer get inside? But as the investigation unfolds, it becomes a fast-paced cat-and-mouse game between the detective and his chief suspect, who both take it in turns to narrate their version of events.

The good news is that a new one in the Detective Galileo series — Midsummer's Equation — will be published in English later this year.

*****
Thanks for that Kim, a wonderful introduction to a very popular - and successful - writer.  Has anyone out there tried Higashino's work?  Are you as big a fan as Kim is?  As always, please let us know :)
Posted by Unknown at 06:00